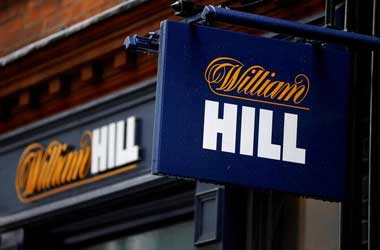 William Hill could end up paying £15 million in regulatory settlement to continue operating in the UK. The company is currently subject to a license review by the UK Gambling Commission (UKGC), according to 888 Holdings.

888 is in the process of completing its acquisition of William Hill and has recently agreed with current owner Caesars to cut the purchase price for the company’s non-US assets to £584.9 million.

888 announced the latest deal in an updated document, where it also unveiled that William Hill has reserved £15 million for potential regulatory settlement costs arising from the UKGC’s ongoing review.

William Hill is facing possible sanctions for potential violations of the UK’s anti-money laundering laws and social responsibility policies. The regulator conducted the review after it found issues with the company’s regulatory compliance during an evaluation in mid-2021.

The UKGC has in the past fined several gambling operators over similar issues. Betway was slapped with the biggest costs so far when it was forced to pay £11.6 million in 2020 for its shortcomings in relation to player protection and breaches in social responsibility and money laundering rules.

The same thing happened to 888, which was issued a £9.4 million fine earlier this year over similar violations. Specific breaches laid out in the commission’s findings included certain license conditions in relation to the prevention of terrorist financing and money laundering, as well as measures for international operators. 888 also failed to comply with social responsibility regulations, particularly in the area of customer interaction and carrying out affordability checks.

888 acknowledged the findings and stated that it immediately acted on its failings and implemented changes to its policies in accordance with existing regulations. The operator has reduced thresholds and added new caps on losses and also strengthened its responsible gambling team.

William Hill could inevitably suffer a similar fate, though the extent of violation remains to be seen. It’s understood the company is already anticipating that, which is why it has set aside some money in its financial reports to cover the sanctions.

888 also revealed that Caesars has guaranteed to shoulder further costs arising from the potential suspension of any of William Hill’s licenses.

The UKGC already warned that if operators continue to commit similar regulatory breaches in the future, they will risk having their licenses revoked.