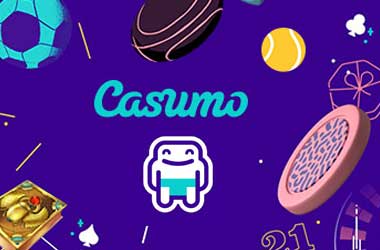 Casumo which is one of the more popular online casinos in the United Kingdom has been hit with a heavy fine by the UK Gambling Commission (UKGC).

The gambling watchdog imposed a huge £6 million fine as Casumo is reported to have committed multiple regulatory violations.

The UKGC said that Casumo has a long list of deficiencies when it comes to anti-money laundering and social responsibility.

Casumo has been in trouble with the UKGC during the last three years. This is the second time that the operator received a seven-figure fine from the regulator. This time, Casumo will have to do a lot more than just pay the heavy penalty. They are required to undergo and pay for independent auditing of their processes going forward.

Besides that, they have been given a warning that any further violation may result in the UKGC revoking their gambling license.

The main reason for the harsh penalties is the various regulation violations when it came to social responsibility that was revealed after an audit was done during the period between October 2019 and early January 2020. An example of these violations was not having any process in place to reach out and help gamblers who have been flagged for showing signs of addiction and problem gambling.

Because these protocols were missing, various gamblers suffered. One gambler lost more than £1.1 million over three years. Another gambler lost £65,000 in a single month. None of these gamblers were contacted by Casumo to see if they need any help. This is a violation of the guidance released by the UKGC on how to handle and approach problem gamblers.

Besides not handling problem gamblers the right way, the UKGC also pointed out that Casumo was not being strict about anti-money laundering measures. Multiple customers were able to deposit large amounts of money without having to go through any checks that required them to disclose where they got the money. There were also instances of a lack of proper assessment for multiple deposits.

Going through a KYC process and verifying ID is mandatory, another process that Casumo skipped. The operator didn’t even set up deposit and spending caps on its players, despite their incomes being known. The operator also did not pay any attention to its AML policies to make it better.

Casumo says that it is cooperating fully with the UKGC and is taking steps to improve its operations!