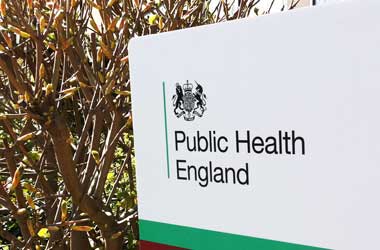 While the gambling industry in the UK continues to generate significant revenue for the government and create thousands of jobs, there are also negative consequences that arise due to problem gambling related issues.

In 2019, Public Health England (PHE) was commissioned to study the evidence of gambling harm by the UK’s Department of Health and Social Care. They carried out a detailed study over the last few years and results have finally been released in a report called Gambling-related harms evidence.

The study shows that between 2019 and 2020, England lost an equivalent of £1.27 billion. These are not just monetary losses either as you also have to take into consideration the loss of life which was a direct result of gambling losses. The report shows that £619.2 million was lost because of the economic costs of suicide which include lost work, expenses, and more. Additionally, homelessness caused by problem gambling is estimated to cost £62.8 million annually.

The report points out that gambling related harms is not restricted just to direct financial costs. While they are predominantly financial losses due to gambling debts, job losses and monetary failures, they can also include emotional and health-related issues. The financial damage that results indirectly out of a broken home and suicide can be devastating.

The focus of the study was not just on the losses that it caused but also looking at the people at risk. According to the study, those at high risk from gambling harm are likely to live in highly deprived areas, like Northern England.

The study also indicated that gambling harm should be more of a public health issue because of its direct harm to the public. For one, there is a major connection between gambling and mental health issues. Gambling has been linked to the increase the chances that a person would die from suicide. The study shows that there is a 19 times increased risk of people dying from suicide if they have a gambling disorder. Additionally, those with mental health issues are more likely to become involved in gambling and suffer from gambling harm.

It is not the individuals themselves that are at risk but also their families and those close to them who can also suffer from the effects of gambling. The study calls for the government to do more to prevent these issues and provide better treatment to those who suffer from them. The recommendation calls for government departments like the Office for Health Improvement and Disparities (OHID) to work closely with all stakeholders and do more to protect gamblers and their families.