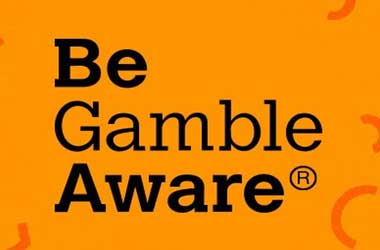 GambleAware has revealed that four of the United Kingdom’s (UK) biggest gambling operators accounted for 89% of its corporate donations. GambleAware disclosed the news in a published list of corporate donors for 12 months till 31 March 2022.

GambleAware CEO Zoë Osmund said that the donations go into financing essential services that aid the prevention of gambling harm across the UK. The executive praised the contributions made by the Big Four and their commitment to constantly increase donations in the future. However, the inconsistency of contributions from the wider gambling industry might foster uncertainty. Osmund supported the call for a mandatory levy on industry stakeholders and suggested that it be a condition to award licenses.

The list revealed the individual donations made by each of the firms annually. Flutter topped the list with a total contribution of £17.4 million, raised by its five UK-facing brands that included Sky Betting and Gaming which raised £6.1 million, followed by Betfair’s £6 million. Other brands that made the massive contribution a reality were Stars Group, Paddy Power and Tombola.

Following Flutter was Ladbrokes at £4.7 million and Entain at £4 million. William Hill donated £4.5 million, while others like UK Sports, Platinum Gaming, Playtech, 888 UK, Betway, LeoVegas, and 32Red. Bet365 failed to make it to the latest published list of contributors even though it has been a premier contributor to GambleAware having raised £4.2 million during the first quarter of 2021-22.

Further, GambleAware suggested replacing the current model of voluntary donations with binding research, education, and training (RET) levy. Advocates believe it would help develop better solutions to tackle problem gambling and enforce a more stable environment. While GambleAware’s support for the levy has been criticized, by people like Betting and Gaming Council (BGC) chair Brigid Simmonds.

Osmund said that the British gambling industry should enact necessary provisions to reduce gambling harms risk when the UK is confronting financial and economic troubles. She said that such a move would garner more funding for research, training, and treatment services each year.