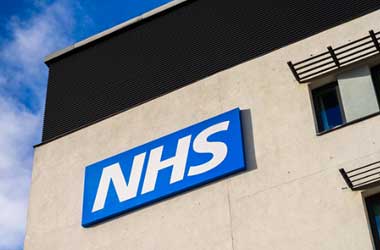 Senior clinicians from the United Kingdom’s National Health Service (NHS) have urged the British gambling industry to pay a million-pound addiction levy on gambling revenue to finance an independent health board to tackle gambling addiction.

Based on the ‘polluter pays principle’, the most harmful parts of the industry will pay a significant portion of the levy.

Dr. Matt Gaskell, clinical lead for the NHS Northern Gambling Service and National Problem Gambling Clinic director, Professor Henrietta Bowden-Jones, favoured the creation of the health board. The envisioned board would aim to reduce gambling harm by 50% within five years of its establishment, beginning from 2024. The body will also supervise the spending of the levy money, which might run into millions of pounds annually.

In a paper written for the Social Market Foundation (SMF), the clinician duo criticised the poor functioning of the current voluntary agreements system that ensures industry support of addiction services. Deeming the agreements as inconsistent regarding financing decisions and their failure to integrate NHS services, Gaskell and Bowden-Jones posited the gross neglect of research into gambling harm by research foundations.

The system’s independence from industry influence was also severely questioned due to the lack of evaluation of regulations through the Care Quality Commission. The clinicians attributed the oversight of healthcare funding to the Department for Digital, Culture, Media and Sport (DCMS) instead of the Department of Health and Social Care (DHSC).

Co-author and SMF senior fellow Dr. James Noyce cited that despite the remarks made in the 2020 House of Lords select committee report and several calls to end the agreement system between GambleAware, the DCMS, and the industry, the DCMS failed to introduce the statutory levy. Noyes said that the government should undertake the project to prevent cases of problem gambling via a properly financed statutory framework under the aegis of the DHSC.

Currently, British gambling providers donate to the charity GambleAware, to finance treatment services for gambling addicts. The agreement will yield up to £100m over a four-year term. In February 2022, NHS England parted ways with GambleAware and announced that it would fund its treatment services independently from April 1, given its concerns over GambleAware’s ties to the industry.

Meanwhile, the UK government is reviewing the country’s gambling laws. A white paper, due for publication in the coming weeks will delineate the proposed reforms.