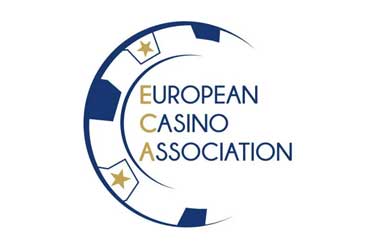 The UK has officially rejoined the European Casino Association (ECA) after a two-year break. The UK’s eight operators left the organization in 2020 and since then, the ECA has been working hard to bring them back and now it finally happened.

The ECA has since grown to become one of the world’s largest casino organizations, with members from almost all EU Member States as well as outside the EU.

Genting Casinos UK, Metropolitan Gaming, Mayfair Casino, Crown Aspinalls, Hippodrome Casino, Rank Group, Les Ambassadeurs and Aspers Group have all signed a Memorandum of Understanding (MoU) with the ECA board, confirming their return to the association.

The eight operators were officially inducted as ECA members during the Casino Industry Forum at Casino Baden, Austria which took place on September 28 and 29. ECA Chairman Per Jaldung is delighted and proud to have the UK back as a full member of the association. He acknowledged the UK’s thriving land-based gaming industry and highlighted the huge contributions of British gambling companies to the existing network of European operators.

Jaldung also added that restoring the UK’s membership with the ECA was a collaborative effort between the organization and the operators themselves, led by Simon Thomas, CEO of the Hippodrome Casino. Thomas represented the eight UK Casino operators during negotiations with the ECA.

Thomas said the ECA membership will help strengthen the relationship between operators and will provide them with the relevant knowledge base to achieve greater heights.

The ECA is joining forces with the private sector as it continues to build its network. The reinstatement of UK as a full member is the latest major deal it has had with private companies in the gambling industry. Back in April, the association also entered into a partnership agreement with payments service OKTO.

After signing the MoU, Jaldung traveled to Malta to attend an industry summit where he spoke about the developments and the recovery efforts in the European gaming market post-pandemic.

The ECA is an organization representing national associations as well as individual licensed casino operators in Europe. The ECA has approximately 900 member-casinos which collectively employ more than 70,000 workers across 28 European countries. The ECA was established in the early 1990s as the European Casino Forum with the main goal of promoting issues concerning casino operations.