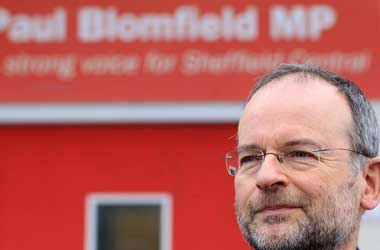 The UK government needs to do more to protect its citizens, particularly vulnerable young players from gambling harm.

Labour MP for Sheffield Central, Paul Blomfield, said the current treatment and prevention services available in the UK are insufficient to combat gambling-related harm as he debated on a mandatory gambling levy in the Parliament recently.

Blomfield mentioned the latest data on gambling harm in the UK show some worrying statistics. Over 400 people, many of them young players, are estimated to commit suicide each year in the UK due to problem gambling which remains stable.

According to recent research by Public Health England, around 2.2 million UK residents are either problem gamblers or at risk of addiction. Another study conducted by the University of Bristol has found that 55,000 children under 15 are addicted to gambling.

If the government fails to act now, these figures will continue to rise. The UK has five gambling treatment centers currently in operation, with two more to open this year, but that isn’t enough to cater to the growing demand for treatment services across the country, according to Blomfield.

He said ensuring that there’s enough funding for research, education, and treatment is crucial in minimizing the risks associated with gambling and the current voluntary system will not help achieve that.

The Labour MP agrees that the current system is flawed – it lacks transparency, doesn’t ensure adequate funding for critical gambling programs, and creates barriers in terms of fund distribution considering that gambling operators are free to choose where their contributions will go.

Blomfield is throwing his support behind a proposed statutory gambling levy considering the huge benefits it would bring to the government’s fight against gambling harm. A mandatory system ensures equity of contribution among gambling companies which will provide enough funding for treatment and prevention programs.

Blomfield also calls for the levy to be directly channeled into the NHS citing the conflict of interest among industry-funded organizations which currently serve as recipients of the donations.

Blomfield said the implementation of the statutory gambling levy is the first step toward adopting a public health approach. The Labour MP said changes must be made to the Gambling Commission’s third objective so the regulator has a clear responsibility to reduce gambling harm, protecting the whole population.

The third licensing objective pertains to the protection of children and other vulnerable persons from gambling harm and exploitation.