UK and Ireland Braces Itself For Changes To The Gambling Landscape

UK and Ireland Braces Itself For Changes To The Gambling Landscape September 9, 2022 Mike Ashley 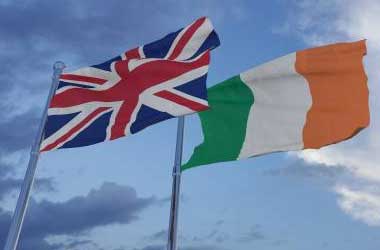 With the UK now under new leadership, major changes are expected to be introduced to the country’s gambling laws and that’s something gambling giant Entain is bracing for.

The company’s CEO Jette Nygaard-Andersen said it will come as no surprise if the new government eventually decides to implement more stringent limits, including caps on bets, new advertising measures, as well as restrictions on sports sponsorships which, according to Nygaard-Andersen, clubs and football leagues would not want to see.

Entain, which owns the Ladbrokes chain of betting shops and is also involved in online betting operations, sponsors plenty of sports clubs and events across the UK.

The Gambling Act Review has been delayed yet again following the resignation of former Prime Minister Boris Johnson. Upon stepping down from his post as the UK’s gambling minister back in July, Chris Philp indicated that the White Paper was due for final approval, containing strong measures to combat gambling addiction. He urged UK’s leaders and officials to deliver the review “in full“.

Philp’s replacement, Michelle Donelan, which was recently appointed by the UK’s new Prime Minister Liz Truss, is expected to support major reforms to gambling regulations to protect customers from harm. Donelan has been very vocal about the impact of problem gambling and is known to be a critic of the industry.

Entain is preparing for that scenario and will look to alleviate the potential impact of such changes on the company’s UK operations. The situation is in contrast to the US where Entain is enjoying considerable growth. Nygaard-Andersen is anticipating another “record-breaking” season in the coming months as the NFL betting opens. Entain is part-owner of BetMGM which operates one of the leading online sportsbooks in the US.

It’s not only the UK that has come under new gambling leadership, with Ireland also establishing a new regulator which will be headed by Anne Marie Caulfield.

The new Gaming Regulatory Authority of Ireland, which is likely to become operational in 2023 upon the approval of the Gambling Regulation Bill, will be responsible for licensing and regulating betting businesses in the country, and will have law enforcement powers, such as implementing sanctions and financial penalties to offenders.

The establishment of the new authority would mean major changes to Ireland’s gambling regulatory framework which will focus on protecting its residents from gambling harm.