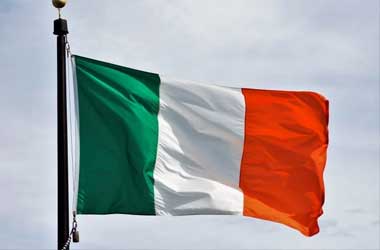 The College of Psychiatrists of Ireland (CPI) is ringing the alarm when it comes to gambling advertisements. The group is calling for a complete advertisement ban from all sports events starting from 2021.

The evidence shows that there is definite link between the high volume of betting advertisements and the increase in problem gamblers in the country.

According to the CPI, information collected from the Consultant Addiction Psychiatrists shows that there has been an increase in referrals for people suffering from gambling disorders during the COVID-19 lockdowns. The isolation is giving problem gamblers an increased chance to gamble while they are being bombarded by constant online advertising.

The lead author of the paper, Professor Colin O’Gara, says that the proof cannot be ignored. The presence of gambling ads, whether as traditional TV commercials or even patches on athletes’ uniforms is pushing for the normalizing of gambling behavior. He thinks that in ten years, people will be looking back at all the ads and see how out of control they are, similar to how cigarette ads were so prevalent.

The paper highlights the need for Ireland to tackle the problem gambling crisis that it is facing. This is to be done through a variety of methods like public education and legislation. The most urgent factors right now though are better advertising controls and treatment services for those suffering from gambling addiction.

The Irish government is already taking steps to control problem gambling. A new gambling watchdog is set to open its doors in 2021 in the country. The watchdog will be in charge of regulating gambling advertisements, websites, and even gambling apps. Based on the CPI paper, it appears that the timing is perfect as a gambling watchdog is needed now more than ever.

The report from the CPI follows the 2019 release of figures from ESPAD (The European School Survey Project on Alcohol and Other Drugs) concerning adolescent gambling in Europe. It shows that compared to other European countries, 16-year olds in Ireland have a higher chance of gambling.

The paper revealed that 37 percent of Irish teens were playing on slot machines, compared to the European average of 21 percent. Much more concerning are the sports betting figures. Irish teens say that 61 percent of them are placing wagers on sports, while only 45 percent of European teens responded the same way.