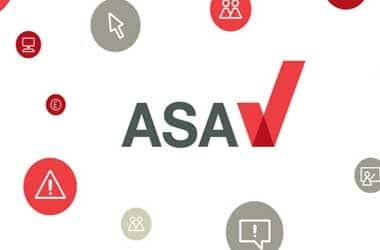 The Advertising Standards Authority (ASA) has been keeping a close watch on all gambling advertisements as the UK government and UK Gambling Commission (UKGC) have been working hard to reduce the number of problem gamblers in the country and .

Foxy Games which is a brand that belongs to GVC Holdings had a complaint filed against one of its ads. The ASA investigated the ad which popped up during a Google search when the words make money online was entered. The Foxy Games ad simply said “Earn money Online – Foxy Games – Play Online” when this particular search term was entered.

The complaint against Foxy Games stated that the ad gave the false impression that individuals would be able to make money online regularly by playing games at Foxy Games. However, there was no guarantee that anyone could make a consistent monthly income by playing at Foxy Games.

The ASA agreed with the complaint and asked Foxy Games to pull the ad since it did not comply with ASA guidelines. The ASA termed the ad as irresponsible and asked the operator to remove all ads that conveyed the message that individuals can make a regular income by playing their games since it violated the CAP code.

Foxy Games did not appeal the decision and was quick to remove the ad.

A complaint was also raised against Betfair Casino over one of its ads which showed a man trying to complete a quick online gaming session at the airport before boarding his flight. The man shuts down the game only after the final call and makes a hurried exit to board. The complaint said that the ad conveyed the message that gambling is more important the real life activities.

The ASA reviewed the ad and an explanation from Betfair Casino which said they were not trying to state the gambling is more important than real life activities. The impression they were trying to convey with their ad was that players can enjoy some of their favorite online casino game wherever they are and still go on with regular life. Betfair also stated that its ad fully complied with the BCAP code and was approved by Clearcast.

The ASA agreed with Betfair Casino and allowed the operator to continue to run the ad.