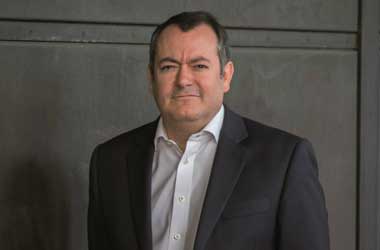 The Chief Executive of the Betting and Gaming Council (BGC), Michael Dugher has once again warned the government against imposing draconian measures across the industry.

Ahead of the publication of the UK’s Gambling Act review, Dugher has urged the government to consider public opinion in drafting policies and reforms that will govern the future of the country’s gambling sector.

Prohibitionists’ Approach Not the Way to Go

There have been concerns among industry stakeholders that the government might give in to calls from anti-gambling campaigners for drastic, wide-ranging gambling reforms, which will end up hurting the sector and the economy as a whole. Dugher said adopting a prohibitionists’ approach to resolving industry issues will do more harm than good.

Anti-gambling groups are lobbying the government on introducing tougher measures for the industry, including rolling out £100 per month affordability checks. They also want the government to cap the stakes on online slots to £2 and force gambling operators to pay a statutory levy which industry stakeholders say will negatively impact ongoing efforts to combat gambling-related harms, including research, prevention, and treatment initiatives.

Government Must Listen to Public Opinion

Dugher said the government should also listen to public opinion as it carries out its gambling review.

In his recent piece written for Politics Home, an online news source offering comprehensive, non-partisan coverage of current events and politics in Westminster, Dugher cited the results of its recent poll which show that the fact that the government could potentially introduce draconian measures for the gambling sector was raising eyebrows among the general public.

The poll was conducted in partnership with policy, research, and strategy consultants Public First.

Dugher highlighted another survey, this time by YouGov, which supports the notion that UK gamblers don’t want to be dictated by the government on how they should spend their money.

Dugher noted though that the ongoing opposition to anti-gambling measures does not necessarily mean that the government should turn its back on planned regulatory changes. The BGC has already put forward its arguments and also proposed some evidence-based measures for the industry that have since received the public nod.

The BGC chief said the government should tread carefully on the issue of gambling reform and take into consideration the voice of the general public. Westminster officials must show that they are one with the people, not the other way around. The gambling review will not necessarily dictate the outcome of the next election, but it will have a significant impact on the results, Dugher warned.