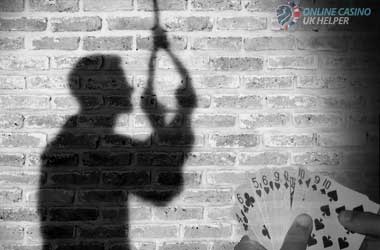 The UK Gambling Commission (UKGC) is reportedly making inquiries regarding multiple suicide cases across the country and whether they are linked to problem gambling.

According to the Daily Express, which claims to have been given access to a letter from the regulator intended for UK operators, the Commission is trying to establish whether some of the victims had gambling addiction issues.

The UKGC had sent the letter to several gambling firms operating in the country to figure out whether any of the suicide victims were in their GamStop player database. If they were registered, the UKGC also wanted to know how much money those individuals had lost.

The regulator is focusing on 10 suicides and is collecting information on each of the victims’ gambling habits, the Daily Express said. This latest development only goes to show that despite what appears to be the government’s inadequate response to the ongoing issue of problem gambling in the UK, authorities haven’t stopped working in the background.

Gambling addiction has plagued the UK for many years now and yet finding a solution to the problem has remained an uphill battle. Families who have experienced the devastating effects of problem gambling have been pushing the government to do more in terms of protecting UK players from gambling harm. The lack of treatment programmes and facilities and insufficient preventative measures have been among their major concerns.

Gambling-related suicides are on the rise in the country, with the latest report from Public Health England (PHE) revealing that an estimated 409 Britons end their lives each year due to gambling issues. Several studies have also found that individuals suffering from gambling-related harm are 19 times more likely to commit suicide, though they have also been disputed on several occasions.

Nevertheless, problem gambling does appear to have some serious effects, including severe debt, employment loss, broken relationships, and, worst of all, suicide.

The UK needs to implement an extensive gambling regulation reform if it wants to save its citizens from the dangerous effects of problem gambling. This has been the core of a campaign initiated by Gambling with Lives, a charity formed in 2018 by families bereaved by gambling-related suicides.

The latest move by the UKGC is an important first step toward protecting players from the perils of gambling. But there’s still a long way to go and more needs to be done.