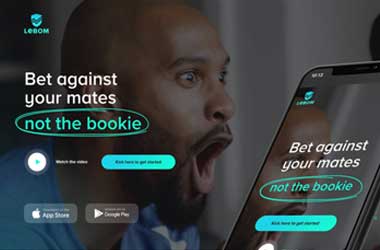 The UK Gambling Commission (UKGC) has decided to lift the license suspension it earlier imposed on football predictions app LEBOM. The Commission suspended LEBOM earlier this month for failing to integrate GAMSTOP, a safer gambling self-exclusion scheme used by customers who may have issues with gambling.

Any player who registers with the scheme is banned from all online gambling sites in the UK for at least six months.
Failing to Integrate GAMSTOP “Unacceptable”

All online gambling businesses operating in the county are required under the law to integrate GAMSTOP into their systems. The mandatory condition has been in effect since March 2020.

However, on November 3, the UKGC ordered LEBOM to halt its operations after it was found that the company had been operating without registering with GAMSTOP.

During the course of the suspension, LEBOM customers were allowed to access their accounts and withdraw their funds, but they were prohibited from playing at the sports bookie.

Commenting on the suspension, Kay Roberts, UKGC’s Executive Director of Operations, said GAMSTOP provides a “crucial service” for individuals who may be struggling with gambling harm. Failing to integrate the scheme is “simply unacceptable”, Roberts said.

The Commission also stated in its original announcement that it had launched a review of the company’s license under section 116 of the Gambling Act 2005. The regulator did not confirm whether or not it would continue the review after lifting LEBOM’s license suspension.

Should the Commission decide to push through with the review, it would look into any possible activities and practices carried out by the company which may be in violation of its license conditions. LEBOM could ultimately be stripped of its license if the regulator identifies serious breaches committed by the company.

LEBOM Suspension Lifted After Less than One Week

The regulator confirmed through a November 8 update to its original announcement that the LEBOM can now continue to operate after taking “remedial action“.

The suspension may have lasted for only a short time, but it is an indication that the UKGC is taking its job seriously and is keeping a close watch on operators not complying with their license obligations.

Multiple operators have already been slapped with huge fines for social responsibility and anti-money laundering failings, such as Entain, 888 Holdings, GGPoker UK and Sky Bet. The enforcements come ahead of the publication of the Gambling Act Review White Paper.