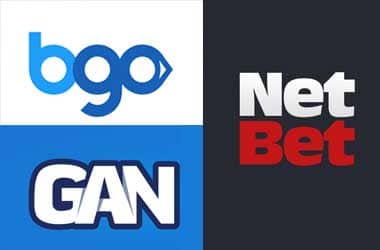 The UK Gambling Commission (UKGC) has finalized its regulatory assessment with BGO Entertainment, GAN and NetBet following an investigation into social responsibility and money laundering failures.

After repeated failures, the three online gambling operators were all subject to licensing reviews for not doing enough to keep users safe and for failing to comply with social responsibility and anti-money laundering practices.

Richard Watson, the Executive Director of the UKGC said that licensees must protect and serve customers equally. The watchdog uncovered several consumer protection and anti-money laundering failures and as a result imposed fines and new license conditions against the three operators.

In BGO’s case, the gambling watchdog found that players who may have had symptoms of gambling problems did not get sufficient protection from the operator during Sept. 25, 2018 and March 23, 2020. The operator failed to enforce its problem gambling policies which would have offered them better protection. BGO was also pulled up for not enforcing its anti-money laundering policies effectively from Sept. 25, 2018 to July 21, 2020.

As a result, BGO will be forced to carry out extra social responsibility (SR) and anti-money laundering (AML) checks on its top players due to an additional condition being imposed on its license. The operator has also been issued a £2 million fine as a penalty which must be paid to the National Strategy to Reduce Gambling Harms.

The second operator GAN was pulled up for non-compliance between August 2018 and September 2019. GAN failed to comply with four license requirements that focus on social responsibility and anti-money laundering.

As a result, GAN has been imposed with additional licensing requirements, which will require on-going reviews and enforcement of its AML and SR rules, processes and controls. UKGC has also issued a penalty for GAN to pay £146,000 to support the National Strategy to Reduce Gambling Harms.

NetBet was found to have violated two license conditions which also concern its social responsibility and money laundering policies. The two violations are over not adequately investigating the source of funds of its players and failure to successfully enforce its responsible gaming policy between Nov. 20, 2018 and May 29, 2019. NetBet will have to pay the National Strategy to Reduce Gambling Harms an amount of £748,000.

The UK has been ramping up its consumer protection practices systematically. There have been many demands in recent months for the gambling watchdog to do more to protect Brits from gambling harm. The UKGC has taken a number of measures recently and it is paying dividends as a recent survey by the gambling watchdog shows that there was a seven percent decline in active gamblers.