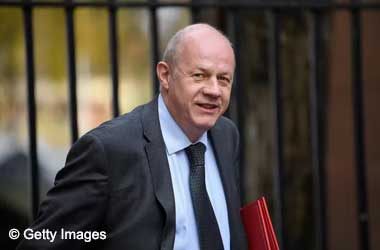 Damian Green has been appointed as Acting Chair of the Digital Culture, Media and Sport (DCMS) Committee in the absence of Solihull MP Julian Knight, the UK government has announced. Green will now supervise policy development for several inquiries currently handled by the department, including the Gambling Review.

Green’s appointment comes after Knight recused himself from Parliament in December 2022 to deal with a sexual harassment complaint filed against him to the Metropolitan Police. Green, the Conservative MP for Ashford is among the 11 current members of the DCMS Committee. He was appointed as First Secretary of State and Minister for the Cabinet Office in 2017 and also previously served as Secretary of State for Work and Pensions.

Commenting on his new role, Green said the DCMS will face major policy challenges this year relating to sports governance, broadcasting, online safety, and gambling. He said the Committee will continue to do its job of asking the right questions and examining the work of the Government.

Among the policy challenges that will be high up on the agenda of the Committee in 2023 is the Gambling Review which has been continuously delayed since 2021. The government recently announced that the White Paper is now being finalized and will be out this February for new regulations in the UK Gambling sector.

As discussions continue about gambling reforms in the UK, Sky News has revealed the MPs with the closest ties to the UK gaming industry. In a new portal called “The Westminster Accounts” found on its website, users can check the financial interests of any current MP. The financial interests may be in the form of donations (“often – but not always – cash”), as well as gifts and benefits such as tickets to sports events.

The portal shows that Labour MP Mark Hendrick, who is a member of the All-Party Parliamentary Group on Gambling Related Harm (APPG GRH) received £1,470 in gifts and benefits from the Betting and Gaming Council (BGC).

Overall, the BGC contributed £132,000 to 41 MPs over the past two years, the biggest chunk went to Laurence Robertson (£51,000). The Tewkesbury MP declared a total of £71,110 in gifts and benefits from the gambling firms, making him one of the biggest recipients of contributions from the industry.

MPs who held positions at the DCMS also received donations from the industry, including John Whittingdale (received nearly £12,000 from the BGC) and former Gambling Minister Damien Collins (received £1,500 from Gamesys Group).