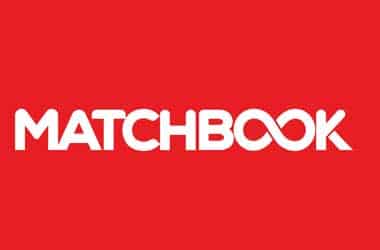 Matchbook’s license was suspended in February 2020, after the UKGC determined that the firm failed to abide by Section 116 of the UK Gambling Act. The UKGC disclosed its full findings in April 2020, revealing that it had been investigating Triplebet’s operations in the UK since August 2018.

The full report from the UKGC contained numerous instances of Triplebet’s negligence regarding instituting UK regulations on responsible gambling and anti-money laundering measures.

In their report, the UKGC tagged Triplebet for violations of the UK’s anti-money laundering rules, failure to abide by codes of social responsibility and conducting operations without fulfilling their responsibilities to protect vulnerable gamblers from harm. The report noted that Triplebet refused to uphold anti-money laundering practices, such as investigating high rollers’ source of funds, as well as failed to investigate potential signs of problem gambling and flag suspiciously large spending patterns from customers.

A number of Matchbook customers were found to have gambled away significant amounts of money without being investigated for potential money laundering or problem gambling. One glaring example was when one punter was able to gamble £2 million in a day without triggering an investigation from Matchbook.

In response to the investigation, Triplebet went out and hired Alvarez & Marsal, a performance improvement firm to get their responsible gambling and anti-money laundering policies up to speed and be in full compliance of UKGC regulations.

While the UKGC confirmed in February 2020 that Triplebet made some strides in improving their compliance measures, the UKGC stated that the improvements did not cover the full scope of their recommendations to the firm, provided in January 2018. The UKGC would go on to suspend Triplebet’s license and impose a fine of £739,099.

Triplebet finally managed to get all of their policies to be fully complaint and as a result, Matchbook’s license was reinstated. Triplebet now appears to be ready to restart their operations in the UK with improved responsible gambling and anti-money laundering policies.

Triplebet has released a statement expressing its appreciation for their renewed license, promising its customers that the Matchbook site is being readied for public release soon.