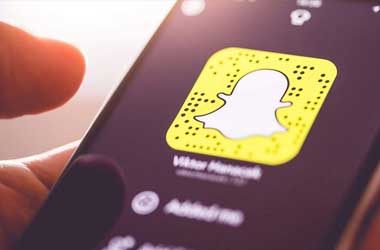 Snapchat‘s new gambling ad opt-out feature has been welcomed by the Betting and Gaming Council (BGC) in the UK. The social media platform recently added the new functionality to allow its users have greater control over the gambling advertisements they have access to.

The American multimedia messaging app, developed by Snap Inc, has been working on the new feature since last year in partnership with the BGC. It also made some changes to its platforms in order to be more compliant with the latest requirements of the updated Industry Code for Socially Responsible Advertising published last year.

Under the updated Code, BGC members should make sure that all social media advertising are only targeted at users over the age of 25, except for platforms or websites that can provide evidence that they are targeted at young adults aged above 18. The updated Code lists Snap and Facebook as the two platforms allowed for 18+ targeting.

Ed Couchman, General Manager of Snap UK, said they are happy to roll out the new changes which will allow their community to have influence over the types of ads they are exposed to on Snapchat. Couchman also thanked the BGC for the important work that they do to protect consumers.

In June, YouTube also implemented changes to its ads policy, banning advertisements related to gambling, alcohol, prescription drugs, or politics from its masthead slot, which is one of the first things that users see as they open YouTube’s website or app. The online video platform, founded in 2005, is currently owned by Google.

Earlier this month, the BGC called on the UK government to establish a gambling ombudsman which will be tasked to enhance the customer complaints process within the sector.

The organization said this would improve the general performance and effectiveness of the existing system that deals with customer complaints. Dugher said their call for the establishment of a gambling ombudsman is proof of their determination to drive up standards in the regulated betting and gaming industry.