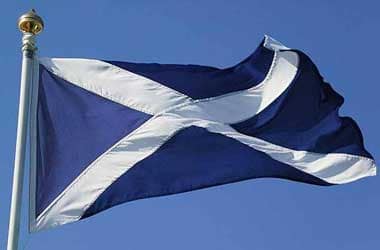 Scotland has close to 900 sportsbooks which employ roughly 4,500 people. Sports betting operators have called for the government to ease restrictions preventing them from recouping losses incurred during the lockdowns enacted in mid-March.

The bookmakers claim that the current rules prohibit them from making a profit, which may jeopardize the future of their industry.

Following the lead of most countries in the world, all businesses deemed non-essential in Scotland were closed in mid-March to prevent the spread of the COVID-19 coronavirus.

Mainstream sports leagues also closed down operations. As a result, the gambling industry has been in a freefall ever since.

As casinos and retail sportsbooks closed down due to quarantine and social distancing guidelines, online casinos grew more popular. However, the sports betting industry has continued to hurt with very few sources of revenue due to the lack of sports to bet on. While some sports are already being broadcast, very few major sports events have been held since the peak of the pandemic.

Bookmakers are gradually being allowed to reopen, despite being operational, many sportsbooks continue to have issues making money due to lack of bets to offer. Scottish bookmakers were allowed to reopen on June 29, but their return has been hampered by strict rules.

The new rules were called excessive by the trade group the Betting and Gaming Council (BGC) as they limit bookmakers from showing live races and placing chairs.

Dugher Calls on Sturgeon to Intervene

The BGC has stated that Scotland’s bookmakers are facing a 95% drop in business due to the strict regulations. BGC’s CEO, Michael Dugher, called for the First Minister Nicola Sturgeon to re-examine their rules and consider the devastating effects they have had on the sports betting industry.

According to Dugher, the new rules may be well-intentioned, but they are ill-informed. Prohibiting bookmakers from showing live broadcasts, for instance, effectively decimates their business model. Turning off gambling machines prevent any chance to make a profit.

A spokesperson for the Scottish government has stated that their position is to prioritize public safety above all else, including business. The spokesperson said that the government believes that the restrictions placed on bookmakers prevent large groups of people gathering together. Gambling machines are also banned for the meantime to prevent surface transmission.

Dugher noted that English rules are less strict while still retaining efficacy. He pointed out that this may be a reasonable middle ground between commerce and public health allowing bookmakers to recoup their losses due to the pandemic shutdowns, while still imposing social distancing rules to prevent COVID-19 spreading.

As with the current crisis still going on, why not instead stay safe at home and bet online using on of our sportbetting sites which are not on gamstop