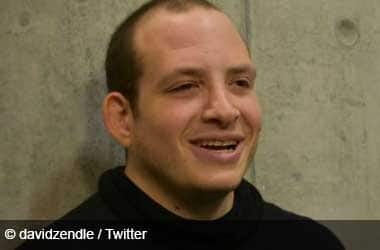 A new study revealed that a number of practices used by video game developers such as social casino spending and token wagering to engage players significantly increase their chances of them becoming problem gamblers later on in life.

Dr. David Zendle, a professor in Computer Science from the University of York, noted that potential precursors to problem gambling can easily be found in a slew of video games. Zendle had previously conducted a study that showed how early exposure to loot boxes could contribute to a higher likelihood of problem gambling in adulthood.

According to the study’s findings, players who were engaged in the above video game tactics were more likely to develop problematic gambling behaviors than others. Dr. Zendle has long been a prominent critic of the gambling industry’s influence on the video gaming industry. In recent years, he has become a potent spokesman against loot boxes in video games.

In 2019, Dr. Zendle and a number of his colleagues from the University of York presented evidence that loot boxes are identical to gambling and should be regulated as such. Dr. Zendle has also spoken in a recent inquiry of the House of Lords, in which he recommended that loot boxes and other in-game items must be categorized as gambling.

Dr. Zendle said that loot boxes might be the most obvious shared element between video games and gambling, but there are others as well. His study used a sample of 1,100 people selected to represent the UK population with respect to age, gender, and race. 18.5% of the respondents were revealed to have engaged in activities shared by gambling and video games.

According to Dr. Zendle, those who played gambling style games for fun whether by purchasing random loot boxes or playing in a social casino with play money were much more likely to develop problem gambling issues later on.

Zendle Suggests Regulating the Tactics Themselves

Currently, many video games that utilize gambling-style tactics are beyond the reach of regulators due to loopholes that prevent proper regulation. For instance, social casinos, where players can buy play chips with cash but are unable to cash out their play chips, continue to be categorized as non-gambling activities.

Dr. Zendle recommends that the UK government regulate not just the gambling industry itself, but also other industries that make use of the tactics the industry uses to engage players.