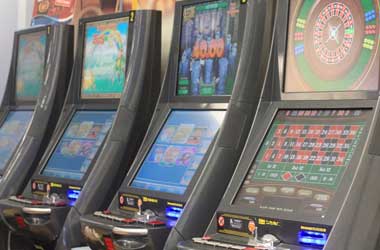 The reduction of the maximum allowed stakes at fixed-odds betting terminals (FOBTs) in the UK has made things easier for the police. The reduction from £100 every 20 seconds to just £2 has reportedly led to a 38% decrease in bookmakers’ calls for police assistance due to punters losing their temper after going on a losing streak.

The government imposed the new limit last year to curb problem gambling, as well as the many attendant harms and nuisances that come with it, taking effect in March 2019. In 2018, police were called to uk bookmakers 2,907 times. In 2019, the number was slashed to 1,803.

Campaigners for the lowered FOBT stakes and the MPs who pushed the issue believe that the reduced police presence needed at bookmakers would benefit taxpayers in the long run.

Tracey Crouch, the former minister for sports, praised the development, saying that the data clearly shows that the stake reduction is a positive force for most punters and shop employees.

According to Crouch, while the original intent of the stake reduction was to limit the impact of gambling on vulnerable populations, the added benefit of reducing the need for police interventions at bookmakers was a welcome side effect.

The UK Gambling Commission cautioned that the stake reduction was just one of the many factors that could have caused the decline in police callouts, which include better coordination between police and bookmakers, overall crime rates trending down, and a shorter supply of bookmakers.

Labour MP Carolyn Harris, who leads a group that spearheaded the FOBT campaign, argued that the reduction in police callouts indicated that FOBT have a significant effect on communities. Harris believes that the new £2 maximum stake will help punters control their habits more and benefit the bookmakers and communities in the long term.

Treasury officials were initially hesitant to sign onto the FOBT reforms, noting that the state could lose as much as £450 million per year in tax revenues. However, many reform advocates argued that the revenues were easily superseded by the social costs of high stake limits, including police callouts.

FOBT revenues fell from £1.1 billion in October 2018 to £624 million in September 2019. The maximum £2 stake policy was in effect for just half of that duration.