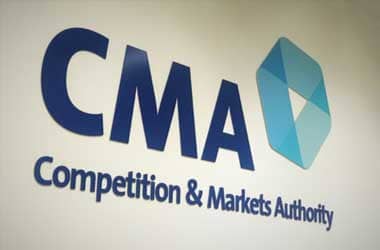 The UK’s Competition and Markets Authority (CMA) announced earlier this week that it had launched an investigation into the merger between Swedish based Netent and popular live dealer casino developer Evolution Gaming. The CMA is the UK’s regulator for market competition.

The CMA’s investigation will look to establish whether the merger would negatively impact the competitive state of the current UK gambling market.

The CMA investigation officially launched on September 21 and requested public feedback on the merger. The general public can send in their feedback until October 5. The CMA hopes to make a decision on the matter by November 16, 2020, but warned that delays were still possible at this stage.

Merger Timeline Likely to be Delayed by CMA Inquiry

In June 2020, Evolution made an offer to acquire Netent. Evolution’s valuation of Netent is around SEK19.6 billion (roughly $2.2 billion). Market analysts expect a gambling B2B behemoth to be established if the merger gets approved.

Evolution and Netent have different specialties in the gambling world: Evolution focuses on live casino games and solutions, while NetEnt develops online slots and table games. However, Netent has reportedly been seeking to expand its live casino arm in the last few years.

Netent is one the biggest and most renowned casino game developers. In 2019, Netent further cemented their hold by acquiring competitor Red Tiger for £200 million. Evolution’s bid for Netent is reportedly set to expire on October 26, 2020. Evolution has said that they plan on closing the deal by November 2.

The deal’s timeline may now have to be pushed back due to the CMA inquiry. If the CMA finds any issues regarding the merger, the timeline may be delayed even further.

Both Firms Expanding Aggressively in The U.S.

Evolution has stated that a merger with NetEnt would allow them to expand more into the U.S. market. Evolution announced in August 2020 that they would be partnering with two U.S. gambling operators to penetrate the newly legalized online sports betting and gambling markets in the country.

Evolution is currently partnered with the Australian sportsbook PointsBet, which entered the U.S. market in 2018 via New Jersey, and later expanded into Colorado, Iowa, Illinois, and Indiana. They also struck a partnership with BetMGM, the online gambling and sports betting brand jointly owned by MGM Resorts International and GVC Holdings.