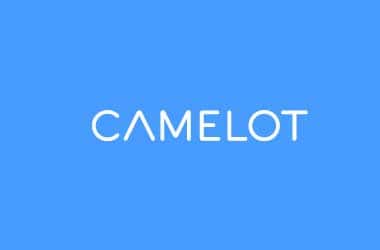 The Camelot Group which operates the National Lottery in the United Kingdom (UK) is facing a lot of pressure after it was revealed that 16 and 17 year olds spent nearly £47 million on their lottery games during the period of 2017 to 2018.

Camelot was accused of allowing children to purchase National Lottery products without intervening to prevent non-adults from playing their games.

Most of the children chose to play instant win products or scratch cards.

Camelot was accused of purposefully targeting teenagers for their products as they are the only gambling provider allowed to sell products to teens, albeit in a limited fashion. Camelot allowed children to purchase their offerings, only intervening once a player surpasses £350 in one week of playing.

Critics of Camelot said the firm clearly played to a younger consumer base with their instant win and scratch card products. Many of the products features designs that would appeal to younger players, with themes centered on reality TV shows and video games. Two of the most popular Camelot products among teenagers are its Donkey Kong and Love Island themed offerings.

For a majority of UK teens, the National Lottery is their first exposure to gambling for significant cash. In recent years, the UK Gambling Commission (GC) has tagged the nation’s youth as a group particularly vulnerable to problematic gambling habits. According to a GC study conducted in 2018, an estimated 55,000 UK children (aged 11 to 16 years) are already exhibiting signs of unhealthy gambling, among a population of roughly 450,000 children who gamble regularly.

The Children’s Commissioner for England, Anne Longfield OBE, expressed dismay over Camelot’s pursuit of minors to pad their revenues and promised to look into raising the minimum age for gambling.

Camelot has increasingly shifted much of its focus in recent years to its instant win and scratch card businesses, which now comprise 43% of the operator’s sales figures, in an effort to defray the effects of the flagging interest in the weekly National Lottery draws.

UK authorities have also been targeted by the same critics for what they claim is a lack of attention on the issue of problem gambling for minors. The Department for Culture, Media and Sport has noted that it is currently considering raising the minimum age for Lottery games.

Camelot issued a response, stating that it is the government’s responsibility to set a minimum age for gambling products. According to CEO Nigel Railton, if the government increases the minimum age to 18, Camelot will support it fully.