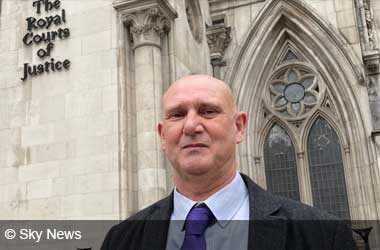 When Andrew Green ended up winning a £1.7 million jackpot from a Betfred game, he was in shock. Green who lives in Lincolnshire was playing at the Betfred online casino in 2018 when he received the surprise of his life after he won £1,722,923.54 when playing Frankie Dettori’s Magic Seven Blackjack.

Green’s pleasant surprised quickly turned into a terrible nightmare as Betfred refused to pay out his winnings. The online sportsbook claimed that the jackpot game that Green played had suffered a defect and hence the jackpot win was not valid.

Betfred released a statement and said that Green ended up winning the jackpot thrice playing that game and it was only because the game had suffered a malfunction. The sportsbook claimed that the game belonged to one of their third party suppliers who went them a notification informing them of the defect and advising them to not pay out the winnings.

Green was devastated that his winnings were being withheld and he decided to approach the courts for help. He told the court that he and his family went through a lot of stress and low times after being told they won the jackpot and then having the winnings withheld. Green said that he wished he never won the jackpot in the first place as the last three years have literally been hell to him and his family.

Court Asks Betfred To Pay Up

A UK High Court heard the arguments from both sides and in the end ruled in favour of Green. Betfred has been instructed to pay out the winnings along with the interest that was due over the three year period. Betfred said that it would follow the court’s advice and would not lodge an appeal against the ruling.

The Judge said that she reviewed the terms and conditions that Betfred had on the game Green played and said it did not exempt Betfred from paying out the winnings based on the circumstances in this case. Green’s legal team said they were happy to see the Judge rule in their favour and make the right decision.

Green was also very happy to win the case and said this ruling set an example for both gambling operators and jackpot winners in the UK. There have been multiple occasions when sportsbooks and online casinos refuse to pay out winnings citing software glitches. This ruling will encourage players to take legal action and not just let the sportsbook run them over.