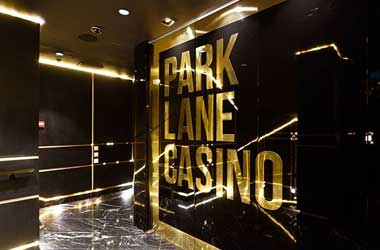 A number of casinos in recent times have drawn flak for refusing to payout certain players their winnings. Park Lane Club ended up paying a high roller over £1.2 million in winnings but the casino was still taken to court.

A Croatian businessman who has a reputation of being a high stakes player took Park Lane Club to court over a gambling spree in 2015 that saw him spend £27 million at the casino. Juste Puharic spent this amount in just 5 nights at the Park Lane Club in Mayfair and records show that he won a little over £1.2 million in winnings.

Park Lane Club paid out these winnings but Puharic claimed that the casino operator hedged on their agreement and did not pay him an additional £244,000. He claimed that a representative of the casino offered him a commission to play at the roulette tables and the commission amount came up to £244,000.

Since Park Lane Club refused to pay him this amount, he decided to file a lawsuit against the casino. The lawsuit was filed against Silverbond Enterprises which is the parent company.

High Court Rules In Favor Of the Mayfair Casino

The case was reviewed in November 2020 but the presiding judge decided to wait till March 2021 to give his verdict. The judge ruled in favour of the Mayfair casino stating that the casino had paid out his winnings but there wasn’t sufficient evidence to back his claim about the casino owing him a commission.

Puharic said that the only reason he spent 5 nights at the Mayfair casino and played at their tables was because they promised him a commission of 0.9 percent on his bets at the roulette table. Park Lane Club denied making any such offer to Puharic and said that while the casinos did give out bonuses to roulette players, none of the bonuses involved paying the player a commission.

Park Lane Club said that the bonuses offered to roulette players usually involved a commission on their losses and free hospitality at the casino resort. However, there was no commission given out on a player’s winnings at the roulette tables.

The Judge heard both sides of the argument and based on evidence presented said there was no concluding agreement between both parties to show that the Mayfair casino had hedged on their agreement to pay Puharic a commission. The high court dismissed the case and we will have to wait and see if Puharic decides to lodge an appeal.