Energy Crisis Could Have Massive Impact on UK Casinos and Bookmakers 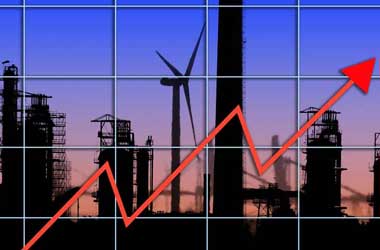 The Betting and Gaming Council (BGC) has raised concerns over the rising energy prices which could heavily affect the hospitality and leisure sector.

The ongoing energy crisis is among major challenges currently facing the UK’s bookmakers and casinos, if the problem isn’t dealt with urgently, it would have a “catastrophic impact” on the industry, the organization warned.

The BGC issued the warning after the Rank Group, which owns and operates Grosvenor Casino, stated in its latest report that energy rates had increased from £13 million to £23 million last year. With the current market prices, the costs could go as high as £46 million in 2022, according to the UK-based international gaming group.

According to Rank Group, these energy hikes are hampering the company’s post-pandemic recovery, and the same problem is being felt industry-wide. In recent months, land-based gambling operators throughout the country have already seen energy costs rise by 300%.
The UK is home to 121 casinos and 6,500 betting shops. The country is benefitting from the sector’s £4 billion annual contributions, with operators also generating £2 billion in taxes every year. Apart from that, these businesses employ around 92,000 British workers.

However, the BGC noted that in the last five years, more than 200 independent licenced betting operators (LBOs) have terminated their operations, which had resulted in over 50 businesses being closed for good. If energy costs continue to increase at alarming rates, more operators could be forced to shut down.

The BGC emphasized the important role that casinos play in the country’s hospitality and tourism sector, describing them as a “vital pillar” of the industry. Likewise, bookmakers also have massive contributions to the UK’s retail sector.

It’s worrying that they now have to deal with another huge crisis when they have yet to fully recover from the devastating impact of the COVID-19 pandemic, the BGC said. The organization wants “urgent action” on this matter before it’s too late.

Meanwhile, gambling reform advocates are calling on the government to address gambling harm as an urgent public health issue. Leading treatment provider GamCare stated that people could become more prone to problem gambling due to the current cost-of-living crisis.

Independent charity GambleAware has also urged government officials to propose a consistent and sustainable funding model for treatment services in the ongoing Gambling Act review. The White Paper has been delayed yet again until September.