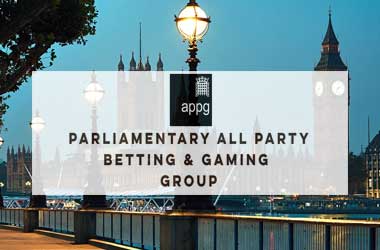 The UK Gambling Commission (UKGC) which is the gambling regulator in the United Kingdom and one of the most reputed gambling regulators in the world is now under the scrutiny of the Parliamentary All Party Betting and Gaming Group (APBGG).

The APBGG announced this week that it has launched an investigation into the UKGC to check its competence and effectiveness in carrying out its role and responsibilities. The APBGG have been huge campaigners for the UK government and UKGC to do more to protect Brits from gambling harm.

The UKGC has received a lot of criticism in recent months for giving into the pressure of multi-billion dollar gambling regulators and not putting the interests of the players first. The UKGC fired back recently when executive director Tim Miller said that UKGC had a budget of £18 million per year to oversee a gambling industry that generated £14.1 billion per year.

The UKGC has said in the past that it is short staffed and does not have sufficient resources and finances to regulate the growing gambling market in the UK. As problem gambling numbers increase and more operators breach gambling regulations, the UKGC is bound to come under more pressure.

Operators Asked To Send In Complaints

The first area deals with potential high handedness of the UKGC. Operators are asked to send in their feedback if they feel that the gambling regulator is stepping outside its jurisdiction and misusing its powers as a gambling regulator.

The second area deals with the Regulators Code. Operators are asked to share their views on whether they feel the UKGC is following the code or falling short of its responsibilities. The third and final area deals with the quality of services the gambling watchdog has provided. Operators are asked to share feedback whether they have been happy or disappointed with their interactions with the service provided by the UKGC.